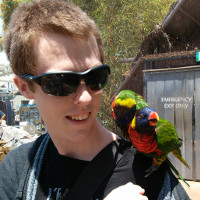 I'm a software consultant with Simple Machines, having consulted for Telstra and Health Combined. I previously worked with Analytics and Information at the Commonwealth Bank of Australia, building the ETL pipeline supporting their Customer Decisioning and Insights platform. I'm an experienced Scala developer, and have worked with Hadoop MapReduce, Scalding, Spark, Cassandra, Kafka, and a wide variety of other technology.

I previously completed a Ph.D. in Computer Science and a Bachelor of Computer and Mathematical Sciences (First Class Honours) at the University of Western Australia. My Ph.D. thesis was titled Logics for quantifying over information change and my honours thesis was titled Refinement Quantifiers for Logics of Belief and Knowledge, both supervised by Tim French and Rowan Davies. At UWA I participated in the Computer Science Students Club, competed in and later assisted in organising and training for the ACM ICPC at UWA, and taught as a laboratory demonstrator for databases, and data structures and algorithms courses.

In my free time I play video games, build Lego, and race bicycles.

For a listing of my publications and details of my research and postgraduate studies, see my research page.

Excerpts from my curriculum vitae are below. You can also download the full version in PDF format.

The Commonwealth Bank of Australia

Bachelor of Computer and Mathematical Sciences
The University of Western Australia, Perth, Australia.

You can see a diagram of my academic genealogy. Arrows point from doctoral supervisors to students.

The diagram is courtesy of the Mathematics Genealogy Project and David Alber's Geneagrapher software.

I have an Erdös number of 3. The chain to Erdös consists of James Hales → Hans van Ditmarsch → Derek Allan Holton → Paul Erdös.

The publications linking me to Erdös are:

The photos in the header of this web site are of me with a pair of lorikeets in 2013 at the Aquarium of the Pacific and of me in 2014 on the Pont de l'Archevêché, facing Notre Dame de Paris.

Here's a selfie in front of the difference engine at the Computer History Museum in 2013. 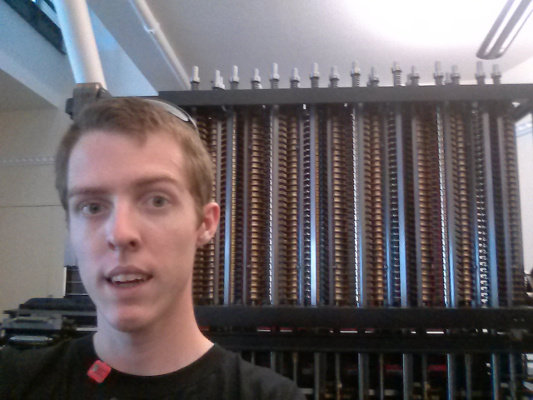 Here's another selfie at the Science Museum in 2014. 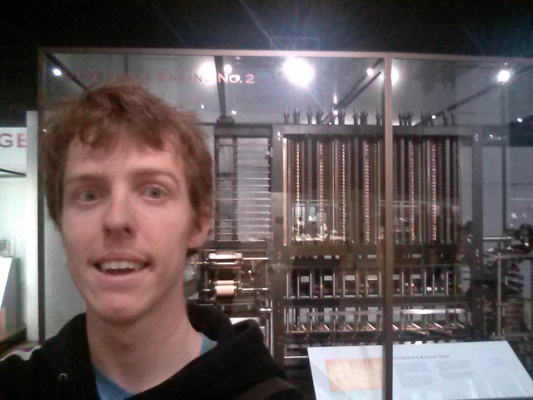 I'd like to hear about job offers, research positions, collaboration and questions about my research.